During the early months of the pandemic, did you notice more fast cars on the road? (And, be honest: Did you step on the gas yourself when the roads were less busy?)

The trend is noticeable – and several national highway safety organizations agree. Some groups, such as the Governors Highway Safety Association, are now sounding the alarm about the increase and launching programs to combat it.

Earlier in 2021, we surveyed 500 U.S. drivers to gauge their attitudes and behaviors regarding speeding. Keep reading to see what we found out.

Life in the Fast Lane

One in 10 of all drivers (11%) admitted to driving at extreme speeds – that’s 20 mph or more over the speed limit much more often than normal during the early months of the pandemic.

Men were almost twice as likely (14%) as women (8%) to say they drove at extreme speeds much more often than normal.

While we all like to shave a few minutes off the GPS arrival time, speeding is a dangerous habit. According to the Insurance Institute for Highway Safety, high speeds make fatal car crashes more likely. Why? Because at high speeds, it takes longer to stop – or to at least slow down enough – for a crash to be survivable. Crash energy increases exponentially as speeds go up.

Here’s a sobering number from the IIHS: One in four crash fatalities can be attributed to someone driving too fast. In 2019, the most recent year for which data are available, more than 9,000 deaths occurred in speed-related crashes.

Why Do Drivers Speed?

Back to our survey. Why are we in such a hurry – and what did COVID-19 have to do with it? We asked drivers why they sped much more often than normal early in the pandemic. Here are the five most popular reasons:

Can Better Road Design Kick Speeding to the Curb?

Our survey also asked drivers about so-called “traffic calming” measures.  Popular tactics include lane narrowing and chicanes, which are deliberate curves put into an otherwise straight road. A narrow road with curves can be safer because drivers have to pay more attention and drive more slowly than they do on a wide, straight one where it’s easier to speed.

However, most drivers surveyed assumed the opposite:

For full survey results, check out our infographic at the bottom of the article.

Read more: I got a speeding ticket. Now what?

If you tend to be somewhat of a lead foot and find yourself with a speeding violation, it’s good to know how a speeding ticket could affect your insurance – whether it’s your first violation or not.

Erie Insurance is doing our part to help improve driver safety, one trip at a time. You can become a safer driver and have the chance to earn some great rewards with YourTurn. Reach out to your local Erie Insurance agent to learn more.

Haven’t heard of us? Erie Insurance started with humble beginnings in 1925 with a mission to emphasize customer service above all else. Though we’ve grown to reach the Fortune 500 list, we still haven’t lost the human touch.

Contact Conway & Co. Insurers today to experience the ERIE difference for yourself. 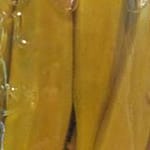 Down home folksJack B., Kinston, NC 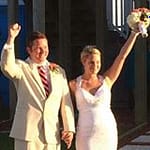 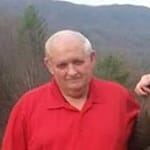